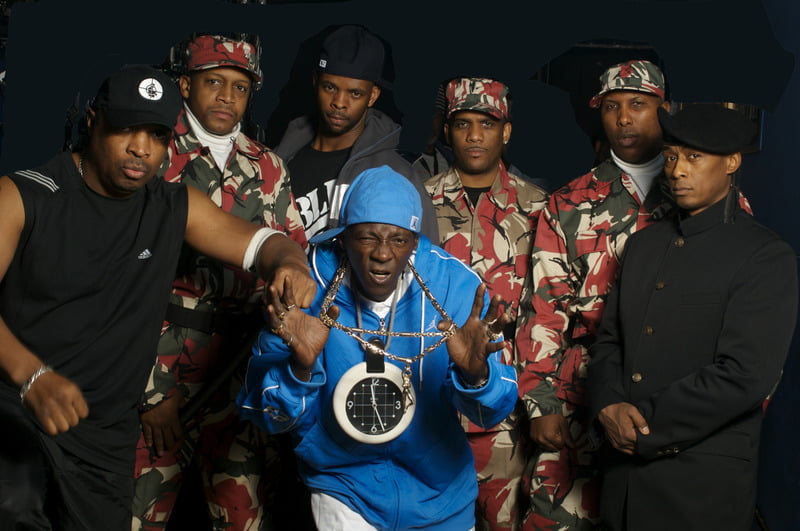 A Sheffield man gave hip-hop legends Public Enemy a ride to their own Sheffield gig at the Motorpoint Arena over the weekend after a missed taxi threatened to leave them stranded.

Kevin Wells, 50, who works as a live music photographer, offered the group a lift in his Ford Escort from the city’s Record Collector shop, where they had been attending a signing for fans on Saturday (November 29). They were scheduled to support The Prodigy later that evening.

Wells told local newspaper The Star: “Public Enemy had a taxi booked for 6.30pm, but it drove off before the guys had finished signing autographs. People started panicking and looking for someone to drive, so I volunteered.”

He added of what he described as the “most surreal journey” of his life: “They were such nice guys, we had a right laugh. We were chatting away, but the phone was constantly going as their management were clearly worried.”

“I was looking in the rear view mirror thinking, ‘is this actually happening?’”

“Then as we were coming through [suburb of northeast Sheffield] Attercliffe, ‘Bohemian Rhapsody’, by Queen, came on the radio. Everyone was singing the words and rocking out in the back of my car, it was like a Wayne’s World moment. I was looking in the rear view mirror thinking, ‘is this actually happening?’”

Wells explained that the band arrived in time for their set: “We got to the arena about 15 minutes before they were due on stage. I drove up to security and said, ‘I’ve got the band in the back.’ They looked at me as if I was having them on, but then I rolled down the windows and Chuck D showed them the security pass.”

“Amazing, it just didn’t feel real,” Wells said, revealing that he took a selfie with the group and exchanged a few hugs backstage before heading to photograph another gig. See the selfie above.

‘Man Plans God Laughs’, Public Enemy’s 15th album, came out in late July. The group continue their tour with The Prodigy with dates remaining in Blefast, Liverpool, Birmingham, Bournemouth and two nights at the SSE Arena in London.

Public Enemy support The Prodigy at the following dates: