How I learned to stop worrying

Tour Manager George Davison talks about his career path and discloses some of his on-the-road experiences. 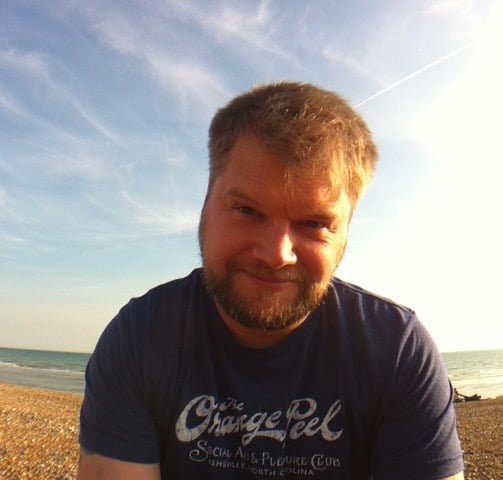 I have no idea what the traditional route into this job is to be honest, but after speaking to a few colleagues we all have similar stories of how we fell into being tour managers. I had no aspirations for any particular job when I was growing up, which is why when I look back at where I came from and where I am now, I always think: how the hell did this happen again?

Back in the late 90s, some of my friends were in a band called Earthtone9 and I helped them out. ‘Helping out’ evolved into driving the van, setting up the backline, selling merch and other general duties. All for the princely sum of a bag of crisps and a Ginsters Cornish pasty, no money involved! I did it because I liked doing it and I had absolutely no idea that this could actually be a proper full-time job. I did it for fun and to hang out with my mates. When they could afford to pay me, I think it was £25 a day – and that felt like quite a sum, considering that I started on nothing.

I didn’t really have a clue what I was doing and generally made it up as I went along, based on what I thought was the right thing to do. Along the way I met my first real TM and that’s when I realised that I had a lot to learn. Thankfully, that guy was very generous with his time and advice, and it certainly set me on a better path.

It felt like being told off by my old headmaster, but was always followed up with good advice and the unspoken knowledge that I wouldn’t make that same mistake again – damn right I didn’t.

There came a moment when I was offered a job working for another band called Lostprophets who where just about to take off. We didn’t really know that at the time, but it happened for them. So within a year we had gone from playing 500-capacity rooms to selling out Brixton Academy.

This was to be a turning point in my life for so many reasons, back then and in recent times as well. The band signed to a big record label with a huge management company and I personally thought that that was it for me and that they would bring someone else in with more experience to take over.

To this day, I need to thank the people at that management company for being so very patient with me. Especially HM Wollman and Tony DiCioccio from Q Prime. Mistakes on my part (there where quite a few) were met with not a raised voice, but with a stern reproach. It felt like being told off by my old headmaster, but was always followed up with good advice and the unspoken knowledge that I wouldn’t make that same mistake again – damn right I didn’t.

I didn’t want to let band, management or myself down, so I basically spent from 2000-2003 being very stressed and worrying about every little thing. I worried that at some point someone would call me out for the guy who was just winging it day by day, which is how it sometimes felt. It’s hard to put it into words when you ride a wave like that, with no real experience of how to deal with it.

Once the cycle was finished I took some time for myself.

For some reason I decided to go travelling around the world because clearly spending the last few years zipping across the world wasn’t enough. Talk about stretching my soul too thin. I should have just stayed at home and enjoyed being still for a while – something that I appreciate more than ever these days once a tour has finished.

After a few months of relentless travelling, I had a moment of clarity in Sydney. I stayed still for two weeks and tried to put it all into perspective. That was a major turning point for me and when I came back home I knew that this was going to be my life. Since then, I have gone on to work for quite well known rock/metal bands: Funeral for a Friend, Bullet for my Valentine, Mastodon and Of Mice & Men, and I’m currently the tour manager for the Swedish band Ghost, who I’ve been with since 2013.

My route into the business is such a unique experience, I think, as it doesn’t happen like that for a lot of people. It’s also something that I will carry with me and that has helped shape the TM that I am today. It wasn’t planned by any stretch of the imagination, but I’m so glad it happened the way it did.

Fifteen years later and I still love my job and certainly do not worry about things as much as I used to.